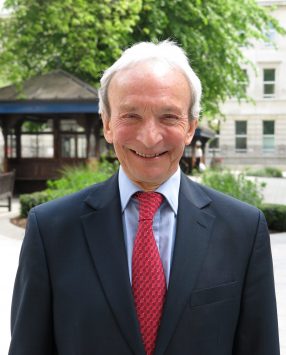 Patrick joined the Guild in 2010 and was Guild Chairman from 2016 until 2019. He has encouraged corporate support for the Guild and worked with Saunderson House, who have sponsored the Guild’s Centenary Concert and subsequent Christmas Concerts.

Patrick worked for City law firm Slaughter and May, joining the firm in 1973 and becoming a partner in 1979. He specialised in commercial real estate and international infrastructure projects, and latterly being head of the Real Estate Group. He was an active member of the International Bar Association and the Anglo American Real Property Institute.

Alongside his work for the Guild, Patrick has been Chairman of Governors of a secondary school near his home, as well as chairing a charity for his local church.